As of this week, I'm actually 14 weeks. But I thought I should post the photo from last week as I had been harassed lovingly asked to show what I look like at this point in my second pregnancy. 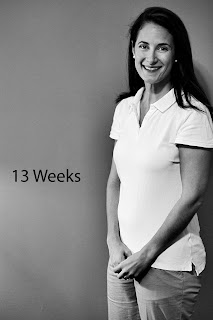 Yep. That's it. Nothin.
I didn't show with Jackson until 22 weeks. So it will be interesting to see when this baby wants to make a visible appearance. 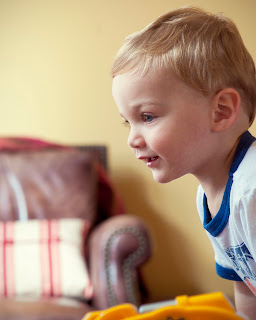 This was a bit of a shock to me since the first 13 weeks of his pregnancy I drove an hour each way to work and taught crazy perfect middle-schoolers all day. Luckily, he is an awesome napper {Thank you, Jesus} and this Mama just curled up each afternoon and slept.

Other than the tiredness, I have felt great. I praise God that I'm not one of those women who get sick. Sure, certain foods totally gross me out, but I don't feel puny crossing off the days until Week 14.

Our 13 week ultrasound was very special for us as a family. Up until that point we had not said anything to Jackson about my pregnancy. We had been counseled by the doctor to be judicious in who we told until at least the 12th week, especially Jackson. So, the ultrasound was the perfect time to let him know since he would be able to see the baby and understand slightly better with a visual.


I'll close with two conversations that have resulted since
Jackson learning of his new role as big brother:
Jackson: Mommy, where is the baby?
Me: In my belly.
Jackson: You swallowed him?
{Crickets}
Me: No, sweet boy, I did not swallow him.
{Later that same day at Publix:}
Jackson to Cashier: I'm going to be a big brother!
Cashier: Oh wow, Jackson. How exciting!
Jackson: My Mommy ate him, he's in her belly.
Posted by Kristin at 6:27 PM 3 comments: 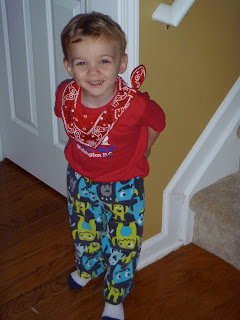 Don't you wear your pj pants with a White House
Chief of Staff t-shirt and a train conductor's bandana?
You don't?
Oh.
Well, you should.
It's fun!
Happy Saturday, y'all!
Posted by Kristin at 3:22 PM No comments: